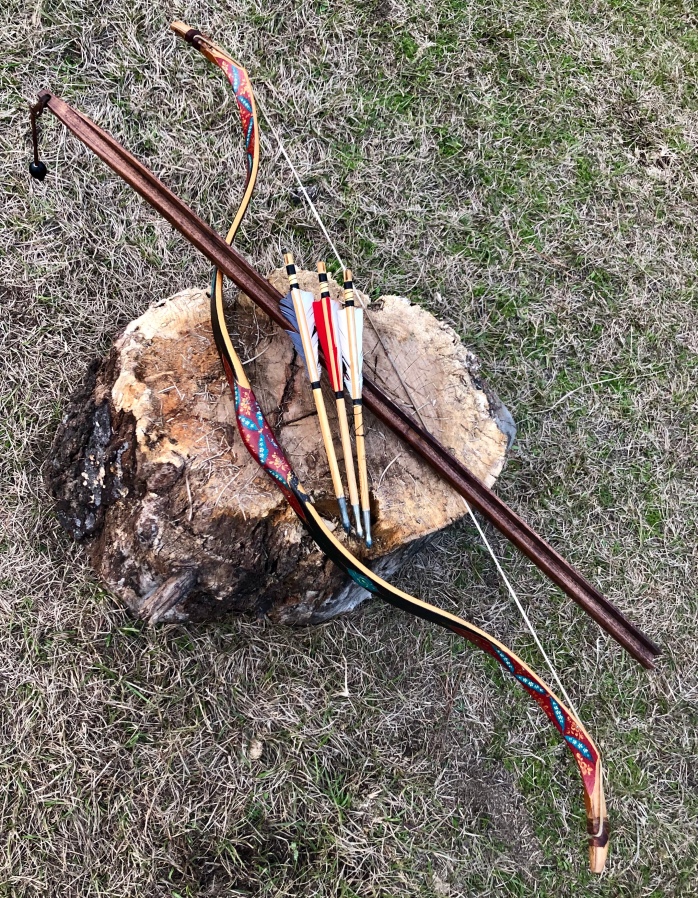 One of the greatest things about archery, is that if you dig back far enough you begin to find some really interesting tools that expand past your bow and arrows.

One such device is the “Majra” also known as the navak, or tong-ah. The basic idea was to turn your bow into a semblance of a crossbow. There are a few different ideas as to how it came to be the first, being a way to use ammunition (short darts) that could not be fired back by your enemy.

The second, was that the Turkic cultures and Chinese clashed often and since the Chinese used predominantly crossbows – the enemy came up with a way of shooting their short crossbow bolts back at them.

There are a few others.

I built this one out of poplar, I’ve built s few of them in the past. Most depictions of the majra are seen with rounded backs (like this one) – if you’re wanting to build one, I suggest flat backed for your first experiment.

Because of the small size of the projectile and the high speed – it makes an excellent armor piercer. We did some testing over the summer with various bodkin points on the darts – they perform very well.

We filmed a video about it this weekend – take a look if you want to see how it works.